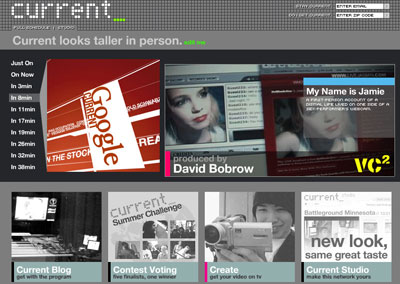 Tired of downloading Six Feet Under episodes using Bit Torent? Well soon you might be able to find shows and even watch them via Google.

Google video search is nothing new but now Google is teaming up with TV producers including Al Gore’s upstart cable network Current to offer access to videos through Google.

Yet again the former Vice President’s vision and technological forsight is evident just as when he was given the huge task of ensuring that the age of netowrked media was not hindered by government by his boss back in the early 1990s (Gore never claimed to have invented the Internet).

Now I just wonder how long this Google service will be in beta.

via What’s Next Blog